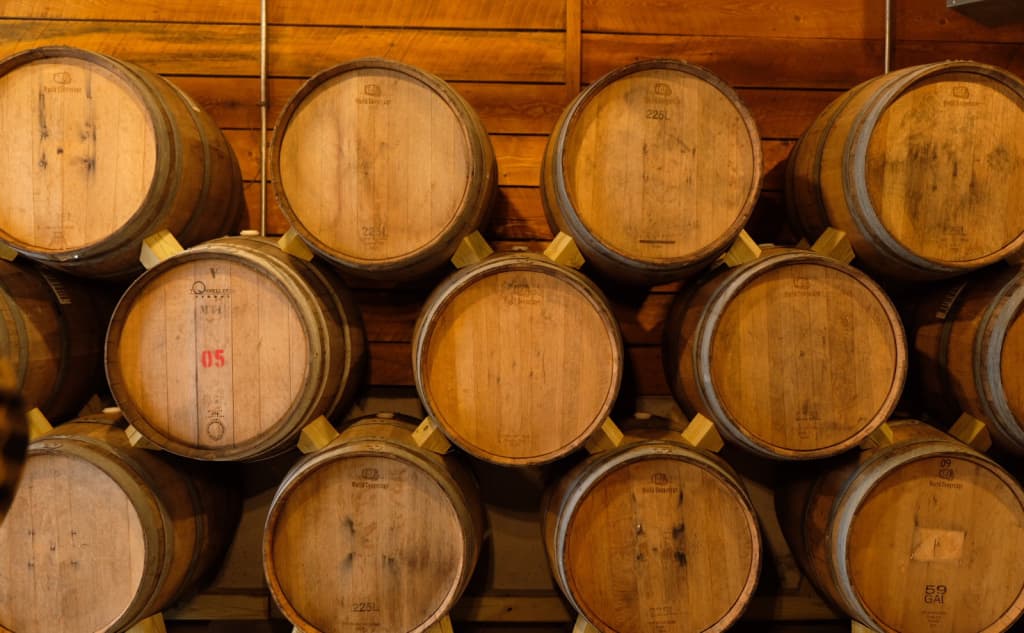 In the last blog post we described short-term mixed fermentations, here is a detailed description of long-term barrel-aged sours like those we will produce at 42 Below. Like short-term mixed fermentation beers, traditional barrel-aged sours include a variety of organisms that interact and continue developing from the fermenter into the barrel, and even into the bottle. As was true with both kettle sours and short-term mixed fermentation beers, the bulk of the fermentation is generally done by brewer’s yeast. The choice of yeast strain is important – a clean ale or lager strain will showcase malt and hop character while a Belgian strain might add layers of fruit and spice. The yeast will eat the bulk of the sugars in the wort during this first phase, and establish a base profile with which the other organisms do their work.

In addition to lactobacillus, barrel-aged sours often include pediococcus, another type of lactic acid bacteria that helps produce a bright, sour profile. Pediococcus works at a much slower rate than Lactobacillus, dropping the pH over a period of months, rather than weeks or days. This allows yeast and other organisms time to process metabolites, and develop flavor, before the environment becomes too harsh and acidic. Pediococcus creates both lactic and acetic acid, which some say creates a deeper, rounder acidity. It also produces some undesirable compounds that can lead to off-flavors and textures. These take time to condition out,another factor in the longer aging period.

The final actor in most barrel-aged sour beers is brettanomyces. This wild yeast metabolizes both sugars found in the wort and compounds created by the other organisms in the culture. Over the months or years that the beer develops in the barrel, brettanomyces breaks down long-chain carbohydrates that the other organisms can’t process. It cleans up off-flavors like diacetyl and other compounds like exopolysaccharides. Finally, brett adds itsown blend of fruity and funky esters, phenols, and acids that give the beer added depth and complexity.

This interplay between yeasts and bacteria (and wood) over a period of months and years is what makes these beers special. It is what we will strive to showcase with the releases from the cellars of 42 Below. It takes time. It takes patience. But when it all comes together, you can taste the difference. We hope you’ll join us in this journey.