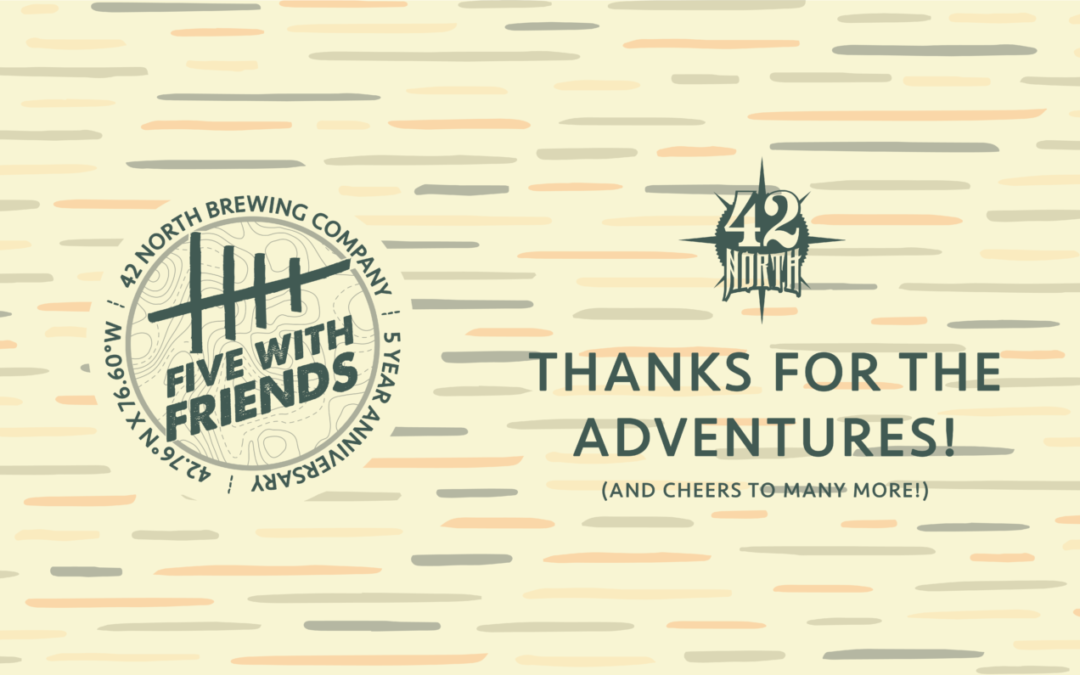 It’s hard to believe it’s been five years since 42 North first opened its doors.  It’s been an amazing ride so far and we are truly grateful for the unparalleled support of the craft community and our local friends here in East Aurora.

Join us the entire month of October as we celebrate “5 with Friends”.  We have some very special beers releases and taproom events to commemorate this milestone anniversary. Additionally, there will be a number of virtual ways to celebrate including a livestream music event on October 17th and a limited-edition beer package available via our on-line store.

Look forward to seeing everyone over the next few weeks.   Thank you for your continued support and loyalty.  After all, you don’t get to five years without a little help from your friends. 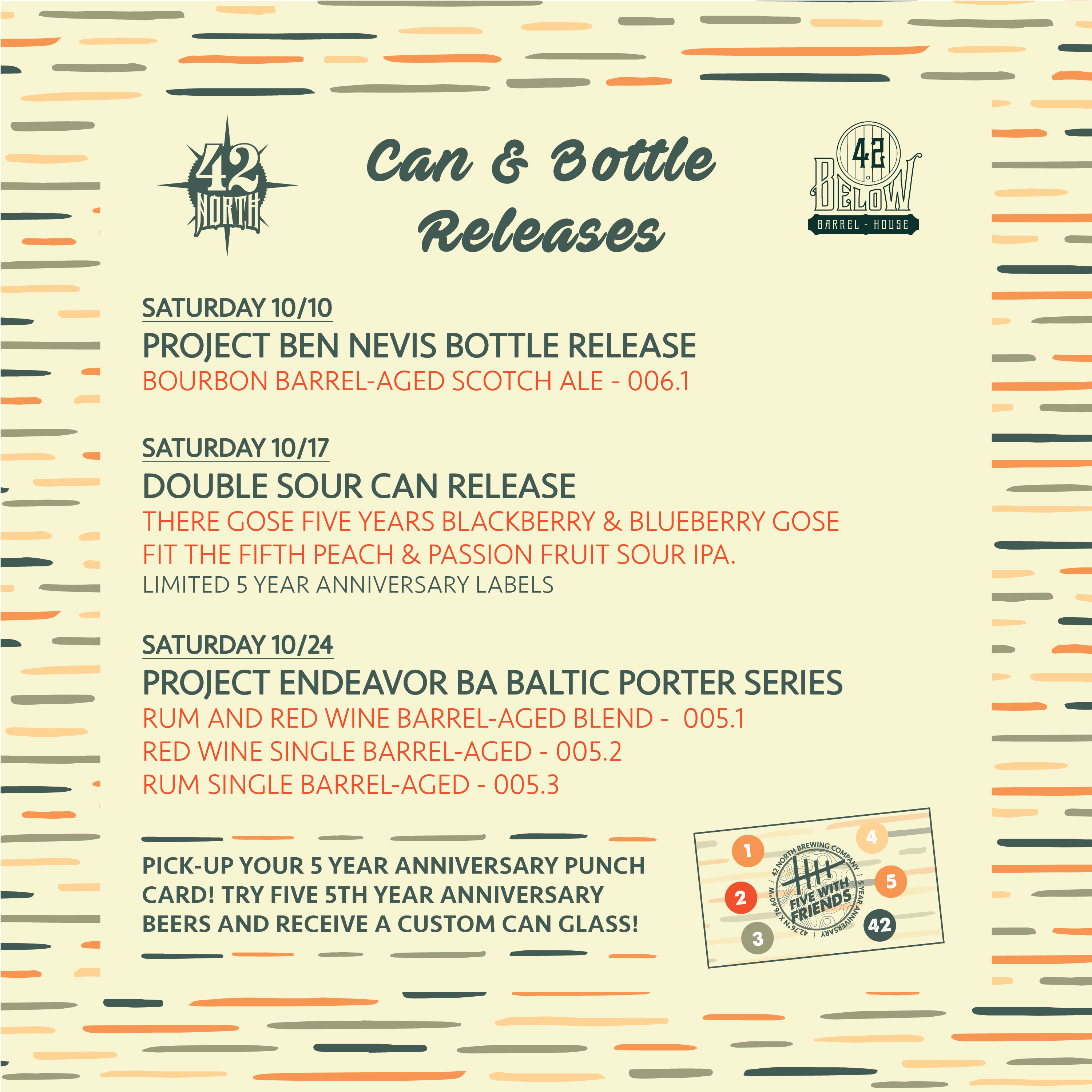